Zhana Ivanova (Russe, Bulgaria,1977). Her practice involves rearranging and re-configuring daily patterns and structures to which we have grown accustomed. Interpersonal relations are of central interest. She often uses performance in order to induce situations in which social, gender and power relations fluctuate. Her constructions are formal and rule-governed; yet within them she insistently exposes the ambiguity of her own rules. In the early 90’s she immigrated with her mother to England. She moved to Amsterdam in 2004, and continues to be based there.

She studied Russian language and literature at Queen Mary University College in London. She began her career as a legal interpreter, followed by a decision to pursue her interest in art and performance full time. In 2009 she graduated from DasArts (Advanced Research in Performance) in Amsterdam and in 2013 she completed a residency at the Rijksakademie van Beeldende Kunsten, Amsterdam.

Ivanova’s “Ongoing Retrospective” – a cumulative exhibition at Kunsthalle Basel, is periodically presented in chapters since 2015. 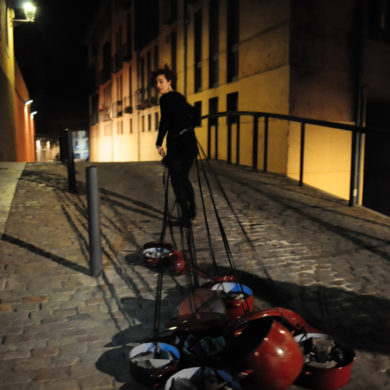