Graciela Contreras Guzmán (Las Palmas de Gran Canaria) began her studies in Pedagogy at the University of La Laguna. During this period she studied in Mexico and Lisbon. She moved to Barcelona to focus her training in theater and dance and where she studied interpretation in the Company “Chroma Teatre” directed by Melina Pereyra. She also trained in physical theater and performance with Maria Stoyanova. At the same time she studied contemporary dance mainly with Susana Isunza Vizuet, but also other tecniques such as butoh dance with Rosana Barra and many other teachers in Barcelona such as Minako Seiky. She participated in the work “Attemps on her life” by Martin Crimp, directed by Melina Pereyra and created the artistic work Desaparecer” which was presented in the “Experimental Room Festival”, in the Nau Ivanow, in La Fusta, in the Croquis Project in Madrid and in different festivals. She collaborated with artistic collectives such as “A quemaropa” in the work “Simposio” and other collectives such as “Burdel Del Arte” generating different performances in alternative spaces; houses, hostels etc… She discovered writing as a companion to her artistic search and created the exhibition “Patas Arriba” where people who are excluded from the system told their stories, narrated with a poetic sense of vindication. She continued as artistic creator of the performance “In five minutes” although due to the current situation this is waiting to be circulated in art spaces. She currently gives workshops on “The poetics of the magic body” in which authentic movement and writing are combined to generate extra-quotidian spaces that propose a return of sacred and communal meaning in art and the creative process.

“I give form to extraordinary reality through my artistic practice. I articulate my language in order to join other languages and to language; universal, original, primordial, primordial. Space as sacred, time as sacred, time as master, the body?….; holy or profane, detaching the politically correct to find the visceral flesh that asks to be expressed, ritualized, offered… through writing, dance, image… Delivering the eternal present, that is my service.” 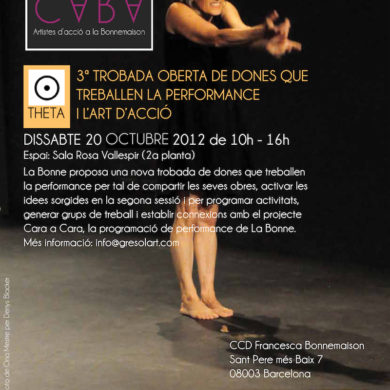