Brian Patterson (Ireland, 1958) is currently working as administrator and coordinator of projects for Bbeyond. He was involved in establishing Bbeyond in 2001 to promote performance art in Northern Ireland. Prior to art college he worked as a lab technician for 10 years, in water and effluent treatment industry.  His interest in performance art was a slow  gradual one, witnessing performance art for the first time, directly, in 1991, (Available Resources), and was really taken by it but too inhibited to go there.  Graduating 1992 from Ulster University he has taken part in numerous group exhibitions, where his interest was installation work. He worked with Catalyst Arts,(1996-1998), artist-run organisation, later, Flaxart Studios (1998 -2003) organising the International Residency Programme. Reflecting on installations his conscience acknowledged that something was missing and realised what he needed to do. Prior to 2001 he worked simultaneously on setting up Bbeyond and Routes, a project set up to promote the work of the transport union in keeping sectarianism out of the work place in Northern Ireland. In 2005 he devoted his time to promoting Bbeyond, making a series of performances in Poland and hasn’t looked back. He has edited and co-edited two pani publications for Bbeyond, Issue No 1+2, (Quebec & Helsinki Exchanges +) and No.3 (i am/jestem).

“My interest in art is in our positioning within the cultural map of of time and humanity’s constant search for identity and meaning. My working practice is concerned with the poetics of being in relation to place (the present/environment) and intellectually how we have arrived here (through our past/histories), and the potentially to navigate our future/s. My specific interest in art has evolved into metaphysical aspects of being and the dualism that arises between our transient ephemeral realms different natures of our physical bodies in relation to being constant spiritual embodiments. This relation between being and the world we experience around us, informs the worlds/s we live in, from the private to the community. Art through its creative process is an integrated and alchemical transformation of the self and consciousness. It has a vital role for the well-being of the individual in todays’ society.  As Gandhi said, “Be the change you want to see in the world.” 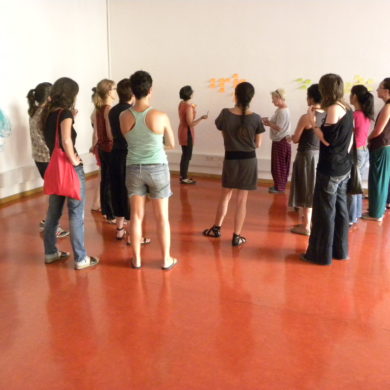