Ayako Zushi (Tokyo, Japan) graduated in Drama and Dance at the Institute of Tokyo Shiki Theatre Company. For eight years she was an actress in various theaters in Japan. Since 1990 she lives in Barcelona where she specializes in Tai Chi, Qi gong, Body Consciousness, Neutral Mask – Pedagogy of the situation, and improvisation. She participates in the performance projects Corpología and FEM with Denys Blacker in Catalonia. She has presented several dance-theater works such as Balsamina, Rayuela, Pies quietos, Crisálida, Generaciones, etc. Since 1998 she teaches Body Awareness and Creative Movement, Tai Chi and Qi Gong, and Neutral Mask. She is a member of the Vinyana Association, where she works in spiritual accompaniment in the dying process. 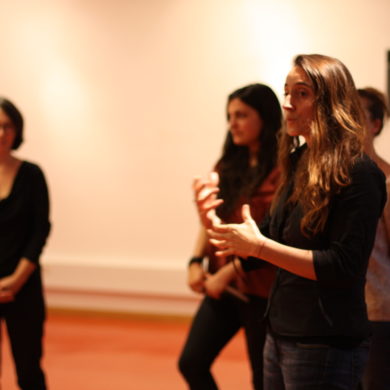