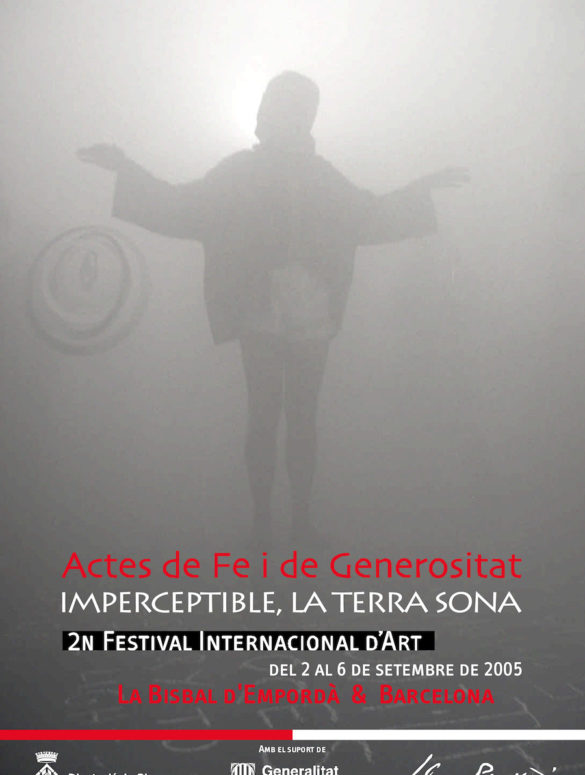 This the 2nd Acts of Faith festival in la Bisbal took the title of ‘The Earth Rings.

On 26 December 2004, a tsunami created destruction on an apocalyptic scale in Southeast Asia. The effects of the wave were devastating and images of the catastrophe were broadcast around the world. At the same time the movement of the earthquake caused other, not so visible effects; the earth began to vibrate all of a sudden and imperceptibly produced a sound, a sound so low that it was not noticeable. A movement in all the earth that made the whole surface oscillate between 20 and 30 cm at the moment of the earthquake and as a consequence caused the earth ring like a bell. Humans did not perceive anything, we didn’t even notice that the earth was spinning a bit faster or that it had moved off its axis by 2.5cm. Animals did notice the vibration, cats begin to yowl, elephants and wild animals  fled the area to escape the water. In the December tsunami, not a single animal died but more than 150,000 human beings lost their lives, victims not only of the water but also of the atrophy of our perception. We have many high-tech instruments working around the clock to measure every variation and every movement of the earth, but we ourselves have not given importance to developing our sensitivity and being able to understand the signals in our environment. 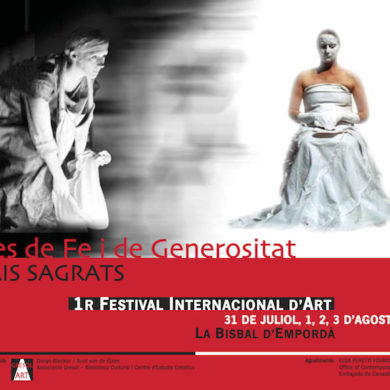