Ramon Guimaraes (Barcelona 1968) is a visual artist and performer who defines hiswork as a WORK IN PROGRESS. A space of continuous creation, in which he expresses and manifests himself through the body, sight and movement. Where he stylises or exaggerates reality to the point of making visible all that is invisible in our heteronormative society in order to question it. Feelings, emotions and personal experiences are the primary material of this physical, psychological and emotional self-exploration to which he submits herself. The performance allows him to go beyond the personal and to position himself in the collective and universal in order to try to understand who we are.

Identity, gender issues and physical and emotional interaction with the spectator have been present since the beginning of his performance career in 1989. He has made more than 100 single-action performances and more than twenty audiovisual works in different formats: interactive installations, multi-screen or single-channel format.

Graduate in Fine Arts and Master in Interactive Audiovisual Communication at the UB. He has exhibited and performed at Matadero (Madrid), La Laboral (Gijón), MACBA, Fundació Joan Miró, Centre d’ Art Santa Mònica, Espace Ample, Homesession, Espacio Mutuo and Haimney Gallery among others in Barcelona and his work forms part of the collections of the Fundació Vila Casas, Franco de Toledo (Chile), Homesession de l’Ajuntament d’Esplugues de Llobregat, the Joan Brossa Foundation and MACBA among others. 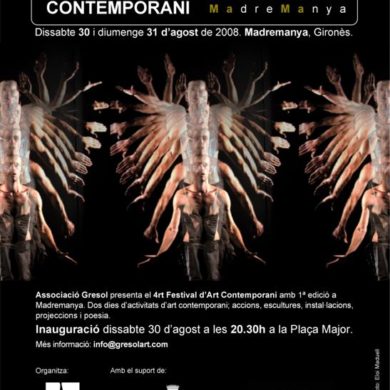