The poet and writer Marina Oroza is also an actress and performer. She has a degree in Teaching from the University of Barcelona (1983). With a career as a professional actress, both in theatre and in TV and cinema. She has worked as an actress for Bigas Luna, Juan Antonio Bardem, Jaime de Armiñan, Jean Claude Bastos, Ramon Colomina, Carmelo Espinosa, Albert Vidal and Orestes Lara. She has also found a place on the margins of the Contemporary Art context with her work as a performance artist.

Her poetic work acquires its full dimension live. She has participated in poetry and performance events and festivals in theatres, universities, foundations and museums internationally. She has stood out in a particularly relevant way with performances such as “Disección Poética en Público I, II, II, III, IV y V” and “La chimenea de Duchamp”.

During her career she has created a personal method for public speaking “Pánico Escénico Stage Fright – The Art of Public Speaking”. She teaches classes and gives advice on this personal method to professionals such as lawyers, teachers, politicians, public opposition candidates and anyone who does not know how or has problems in making their oral presentations.

As for her prose work, she has published articles in the press. She has two books pending publication, a series of children’s stories entitled “Los domadores y el miedo” (2015) and a first novel entitled “Mañana nací” (2016). 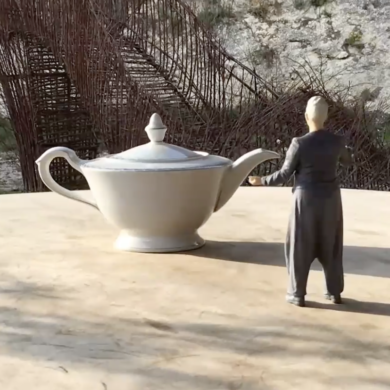