Isil Sol Vil (Catalonia), is the director of MATERIC.ORG –space for creation and radical pedagogy. He also directs the international performance festival EMPREMTA, and is curator of the performance encounter in the Caribbean MAR DE ISLAS. After tracing different, strange and extreme paths inside and outside the world of art and activism, he met artist and collaborator Aldo Cardoso, and with him the name and the universe of performance art or live art. Performance became his space of comfortable discomfort.
In his work there is an amalgam between crude, extreme corporal processes,  a critical and activist character, resistance, sincerity, rebellion, subversion, marginal and corporal borders. The Performance. In 2015 he metthe artist Marina Barsy Janer and they began an art-life process following the philosophy of Subversive Love x eXtreme Care.
He has his presented work in various festivals, galleries, museums and public spaces in different countries around Europe and in the Americas. 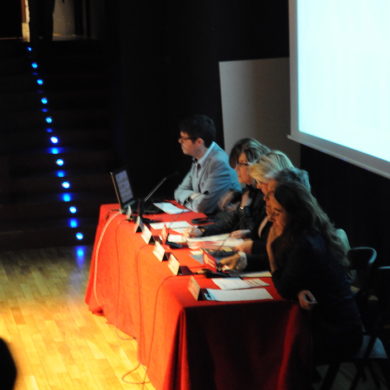